The Western Balkan region is a case in point of the consequences of uncontrolled power of the media. The post-conflict, post-authoritarian and transitional context that continues to prevail in Western Balkan societies is characterized by a very low level of directed, intelligent, and education-based action toward contrary opinions.

Being aware of the importance of the role of the media in a democratic society, and given the problematic situation of the regional media scene and numerous examples of gross violation of ethical norms and standards within the journalistic profession, the Media Council for Self-Regulation of Montenegro, after the huge success of the conference “Word, Image, Enemy” from 2013, decided to start an annual gathering to deal with the topic—Podgorica Journalistic Forum. The award for contribution to professional journalism, named after one of the most famous Montenegrin journalists, Miodrag Vukmanovic, was established, and the Public Policy Institute was entrusted with the task of devising the concept and producing the complete event.

The Podgorica Journalistic Forum was an annual meeting of Western Balkan journalists, where ideas and opinions were exchanged, and the best journalistic practice was promoted. The main goals were to professionalize the media environment in the region and to strengthen the values prescribed by the journalists’ code of ethics.

Starting with the conference "Word, Image, Enemy", as part of which the Forum was organized for the first time, in the period 2013-2016, four editions of the Podgorica Journalist Forum were held. At these events spoke numerous officials, journalists, media experts, human rights experts, prominent professors and other eminent guests from the region and Europe.

The first Podgorica Journalistic Forum was held in 2013 as part of the conference "Word, Image, Enemy: The Role of the Media in the Securitization Process."

The topic of the second Podgorica Journalistic Forum (2014) was "In Search of Lost Professionalism.” The Head of the EU Delegation to Montenegro Mitja Drobnic gave a welcoming speech, and the Head of the OSCE Mission to Montenegro, Janina Hrebickova, President of the Board of the Media Council for Self-Regulation Darko Sukovic, Croatian journalist and writer Ante Tomic, Executive Director of the Association of Journalists of Kosovo Imer Mušokolaj, as well as ambassadors of Serbia and Croatia in Montenegro Zoran Bingulac and Ivana Perić Sutlić spoke at the event. At the two panels, "Writers and Media," "Media Self-Regulation: How to Attain Unique Standards and Practices?" spoke Drasko Djuranovic, Mihailo Radojicic, Ivan Cvejic, Zoran Panovic, Bozo Susec, Ahmed Buric, Petar Lukovic. For the first time, an award has been presented for contributing to professional journalism, named after one of the most famous Montenegrin journalists Miodrag Vukmanovic. The first laureate was journalist Delo Bostjan Videmsek who wrote a series of texts on the war in the Middle East.

The fourth Podgorica Journalistic Forum, entitled "Lies as Commodities in the Media," was held in 2016 and it was dedicated to one of the biggest problems facing the profession—the impact of tabloid journalism on the professionalism of the media and on members of the journalism profession across the region and the world. Professor Janko Ljumovic, MSc, Minister of Culture of Montenegro, President of the Organizing Committee Darko Sukovic, Executive Secretary of the Media Council for Self-Regulation Ranko Vujovic and journalist and publicist Andrei Nikolaidis. Spoke at the opening At the panels spoke some of the most relevant journalists and media experts from the country and the region, and the topics were dedicated to the issues of media manipulation, influence on creating public awareness, tabloidization and sensationalism as phenomena dictating trends in journalism in the Balkans. More than 40 participants included Bosko Jaksic, Genadij Sisoev, Andrej Nikolaidis, Ivan Cvejic, Baton Hadzija, Marija Arnautovic, Srdjan Susic, Jaksa Scekic, Danilo Burzan, Seki Radoncic, Vesna Malisic, and many others. 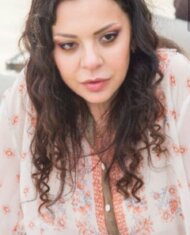 The Faculty of Economics in Podgorica

The Faculty of Economics in Podgorica was founded in 1960, by a decision of the National Assembly of the Republic of Montenegro, adopted on 31 May. The Faculty, which is the oldest institution of higher education in Montenegro, was originally part of the University of Belgrade. After the formation of Veljko Vlahovic University in April 1974, the Faculty became not only its member, but also its founder. Immediately after the decision to set up the Faculty, a Council of the Faculty of Economics was formed, whose membership included renowned socio-political workers, whose first session was held on October 31, 1960.

Podgorica is the capital and largest city of Montenegro, with a population of about 250,000. It is located at the mouth of the river Ribnica in Morac in the Zeta-Bjelopavica plain. The city is close to winter centers in the north of the country and resorts on the Adriatic Coast. Podgorica is also close to the remains of the Roman town of Dokleja. In the Middle Ages, there was a settlement here called Ribnica, and under the name Podgorica, the town was first mentioned in 1326. Since 1878, Podgorica has been part of the Principality of Montenegro. It has been the administrative seat of Montenegro since 1946, and during the SFRY it was called Titograd.