Scholarship of the Fund for Young Talents of Serbia called "Dositeja" is granted to talented and successful pupils and students. The award carries the name of the greatest Serbian
educator and reformer, Dositej Obradović, whose work left a permanent mark in the Serbian history. This year the scholarship award ceremony was held as part of the event called "Academic Week", organized by the team BALKAN PERSPECTIVES TODAY.

During the Academic Week, ceremonial events were held in the university centers of Serbia – Novi Sad, Kragujevac, Niš and Novi Pazar – where the Minister of Youth and Sports and the President of the Fund for Young Talents Vanja Udovičić presented the awards to the most successful students. The closing ceremony of the Academic Week was held on Saturday, June 26, 2021 in Belgrade, at the Great Hall of the Ilija M. Kolarac Endowment.

The ceremonial closing of the Academic Week at "Kolarac" was attended by the President of the Republic of Serbia, Aleksandar Vučić, who awarded scholarships to the most successful graduates of the University of Belgrade, whose grade-point average during the entire schooling was 10.00.
The "Mokranjac" choir and the ensemble "Stanislav Binički" performed at the event as part of the cultural and artistic program. In addition to the President of the Fund for Young Talents Vanja Udovičić and the President of the Republic of Serbia Aleksanda rVučić, the list of speakers included Dr. Zoja Bojić, Research Associate at the Institute for Literature and Art in Belgrade, Dr. Kayoko Yamasaki, an award-winning translator, poet and university professor, and Lidija Mikić, one of the scholarship winners and a student at the Faculty of Medicine, University of Belgrade.
As of this year, the "Dositeja" award has a new layout. The awards have been carefully designed and printed at the Institute for Manufacturing Banknotes and Coins, each one being unique and valuable. A total of 1490 scholarships and awards have been granted. Besides the new award plaques, brochures about the two hundred renowned individuals in Serbian history titled "200 most distinguished Serbian women and men, the unforgettable paragons of knowledge, art and science" were printed for the Academic Week. 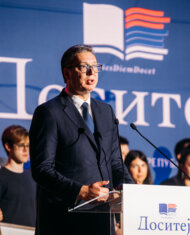 Aleksandar Vučić
President of the Republic of Serbia 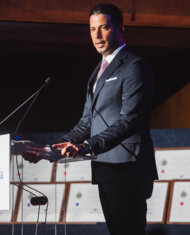 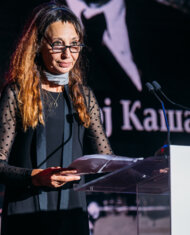 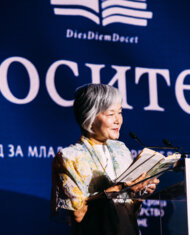 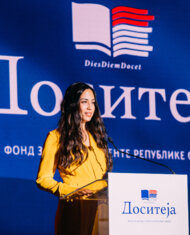 Lidija Mikić
Integrated studies of medicine at the Faculty of Medicine, University of Belgrade

Speech by Vanja Udovičić, President of the Fund for Young Talents

Performance of ”Grlica”, The Ohrid legend

Speech by the family Jamasaki - Vukelić

Speech of the student who was awarded the ”Dositeja” Scholarship

Speech by Aleksandar Vučić, President of the Republic of Serbia 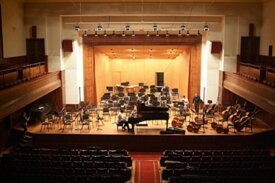 Ilija M. Kolarac Endowment, also known as the Kolarac People&#39;s University Building, is at 5
Students' Square in the heart of Belgrade. The building is a monument of a great cultural
and historical importance and as such was declared as the immovable cultural property. The
building was designed by the Serbian architect Petar Bajalović. 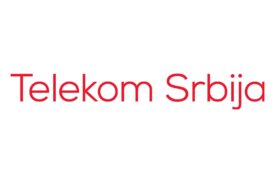 The Telekom Srbija company occupies a leading position in the telecommunications market in Serbia and provides its users with a unique and integrated user experience. Operating in Serbia under the umbrella of the mts brand, the company provides services in the field of mobile and fixed telephony, multimedia services and the Internet. By introducing new services and applying the most modern technologies, the company strives to enable global connectivity and to enrich people's lives by creating conditions for extraordinary communication. Socially responsible business is deeply rooted in Telekom Srbija's corporate values, and the company makes all business decisions in accordance with this commitment.

Today, the Telekom Srbija group has 14 companies located in six countries. By continuously investing in the further development and modernization of the telecommunications infrastructure, network and services, the company is able to successfully respond to all challenges, demands and expectations of users.