Awards ceremony as part of the "Benefactor" campaign

The year 2020 was a year of great challenges and difficulties for each of us, but also for our community and the society as a whole. However, even in difficult times, many individuals in Serbia provided assistance to those in need in various ways, and proved with their heroic deeds that humane and good people live in Serbia. As a token of our gratitude, the "Benefactor" award has been granted in the Year of Solidarity and Cooperation, as proposedby the Ministry of Labour, Employment, Veteran and Social Policy. BALKAN PERSPECTIVES TODAY has been entrusted with the organization of the event.

The award ceremony was held as part of the "Benefactor" campaign, in "Kombank Arena" on February 6, 2021, when 20 awards were presented to individuals whose solidarity, sacrifice and generosity marked the year 2020. The award ceremony preceded the presentation of the results of 100 Days of Serbian Government, while the awards were presented by the Prime Minister of the Republic of Serbia Ana Brnabić, and the Minister of Labour, Employment, Veteran and Social Policy Darija Kisić Tepavčević.

The names of the greatest Serbian benefactors, donors and founders were mentioned at the ceremony, emphasizing that their names and deeds should never be forgotten.

The award ceremony was accompanied by a film that promotes the most beautiful human qualities and carries the message about the complexity of the year 2020 for all, emphasizing that, in the end, the winner is charity and the word is thank you. 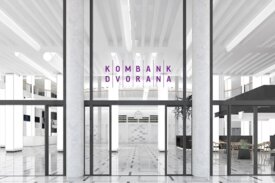